The great Saint TukaramMaharaj was born at village Dehu which is situated in vicinity of Pimpri Chinchwad Municipal Corporation. The great saint had taken heavenly abode 350 years ago."Dharkari and Warkari" The meeting of two great architects of Maharashtra indicates he unique presentation of strength, unity and spiritualism and such this project is named "Bhakti Shakti" project which is unique in India. The entire complex is situated high hill rock just near Mumbai Pune National Highway in sector no. 23 of Nigdi, P.C.N.T.D.A. On this auspicious occasion. PCMC has Taken a great opportunity to install the group statue of Shivaji Maharaj, the great emperor of Maharashtra and the saint TukaramMaharaj along with. The entire complex of sculpture on the hill rock is planned with proposed beautiful landscaping and the same has become the most acknowledged landmark for Pimpri Chinchwad Municipal Corporation. 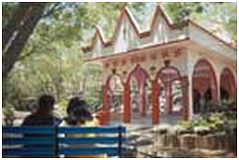 The Pimpri Chinchwad Science Centre has been set up by National Council of Science Museums, an autonomous society under the Ministry of Culture, Government of India with active support of the Pimpri Chinchwad Municipal Corporation, which is one of the richest municipal corporations in India. The Centre, through its interactive science exhibitions and non-formal science education programmes is expected to cater to the people of the region. Bahinabai Choudhary Pranisangrahalay, previously known as Snake Park & Aviary, is a Small Zoo established by Pimpri Chinchwad Municipal Corporation
recognized by the Central Zoo Authority. It was inaugurated on 30th December 1989 and officially declared open to public on 1st Jan.1990. This zoo has witnessed continuously increasing visitorship since then. 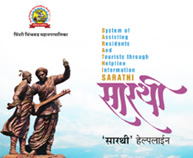 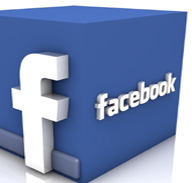